Hyundai got serious about hybrid and electric power with the IONIQ range. Now this model's been improved. We check out what's on offer. 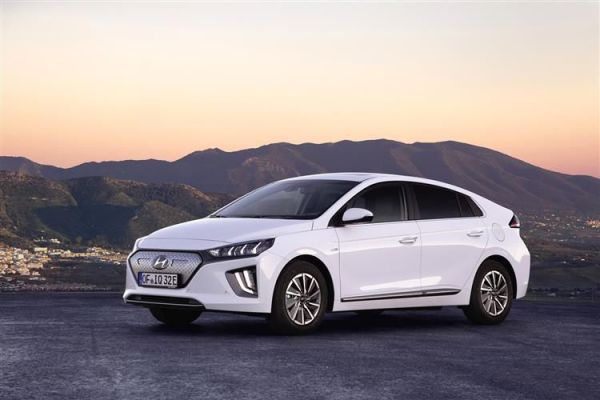 We think that the IONIQ is the most impressive car that Hyundai has yet brought us. Here, one design can offer buyers the choice of parallel hybrid, plug-in hybrid or full-electric motoring - and do so at pricing that significantly undercuts the competition. Plus, as we'll see, it offers some genuine advances over rival eco-models already out there on the market. Now it's been improved and the full-electric version offers a longer 182 mile WLTP-rated range.

When the Koreans do something, they do the job properly. Take hybrid and electric cars. Other brands offer a hybrid. Or a Plug-in Hybrid. Or a full-electric contender. With this IONIQ model, Hyundai is able to offer all three. The most affordable parallel hybrid variant is a Toyota Prius rival, the full-electric model is primarily up against the Nissan LEAF and the Plug-in hybrid version is there to take on cars like Volkswagen's Golf GTE and the Plug-in version of the MINI Countryman. It's quite a product offensive. It's even more impressive to note that Hyundai hasn't just copied its rivals but improved upon them. The parallel hybrid variant, for example, has a combined power output of 139bhp; compare that to the 122bhp figure you get in that rival Toyota Prius. Meanwhile, the full-electric version now has a WLTP-rated operating range of 182 miles. 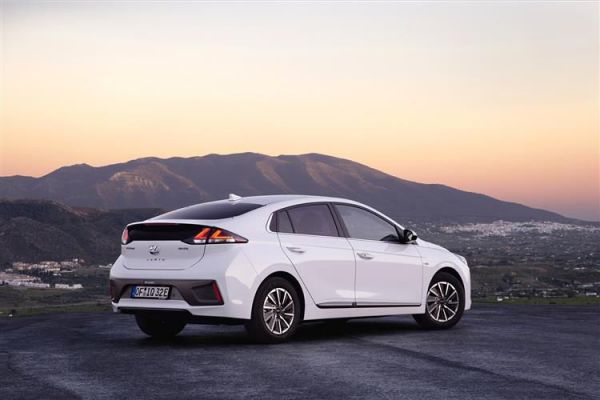 As usual with Volvo, all the engines on offer are 2.0-litre four cylinder turbocharged units bolted to the brand's sophisticated 'SPA' 'Scalable Product Architecture' platform we've already seen used in the company's XC60, XC90, S90 and V90 models. Most V60 customers will probably want a diesel, either the 150hp D3 (which is the only engine in the range that can be had with a manual gearbox) or the 190hp D4. But increasingly in this segment, there's great interest in petrol power, so to meet that need, Volvo now provides this car with three mainstream mild hybrid petrol units, the 163hp B3, the 197hp B4 and the 250hp B5. Avoid entry-level trim and there's also a 300hp B6 petrol model that only comes in AWD form. Talking of AWD, you have to have that if you go for the 'Cross Country' variant, which can be had either with the 250hp B5 mild hybrid petrol unit or the 190hp D4 diesel. There are also two 'Recharge' PHEV AWD powertrain options that both mate their engines to an 87hp electric motor. There a T6 Plug-in hybrid that uses a 253hp unit. And a Polestar Engineered T8 Plug-in hybrid that features a 318hp powerplant. Whichever V60 variant you choose, as usual with Volvo models, there's a standard 'Drive Mode Settings' system, one of those set-ups now familiar in this segment that can tailor throttle response, steering feel and - if you've a self-shifter fitted - auto gearshift timings to suit the way you want to drive. Plus there's the option of adding in Volvo's 'Pilot Assist' system. This is a set-up that at cruising speeds of up to 80mph can effectively drive for you.

You wouldn't say that this IONIQ is quite as eye-catching as a Toyota Prius, but in its own way, it's quite a smart piece of design, copying its rival's five-door design and size positioning somewhere between a Focus-sized family hatch and a Mondeo-sized medium range model. Recent design revisions include a smarter front grille and updated bumper styling. Get inside and you might think a Prius was fractionally larger at the back - but there's not much in it. Otherwise, the IONIQ seems to have the advantage. The Hyundai also feels of higher quality inside, not only compared to a rival Prius but also in comparison to a Nissan LEAF. A dash highlight is a now-larger 10.25-inch colour touchscreen, which includes Tom Tom navigation. Both IONIQ Hybrid models can deliver 443-litres of cargo capacity- or 550-litres if you stack your stuff up to the roof. Carriage capacity on fully-electrified IONIQ variants falls to 350-litres - or 455-litres if you load to the roof. When you push the 60:40 split-folding rear bench forward, it doesn't free up a completely flat loading area but you do get as much space as likely buyers will need, 1,505-litres being provided on the Hybrid models, the figure falling to 1,410-litre of the full-Electric version. 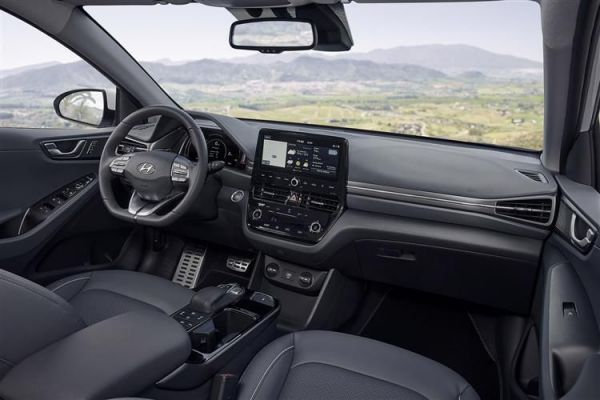 No matter how far the Hyundai brand has come, customers still associate it with value for money, something this IONIQ aims to re-define in the automotive eco-sector. Think in terms of the standard Hybrid variant as being the most affordable way into this model line, with the full-Electric model being the most expensive option and the Plug-in Hybrid variant pitching in somewhere in-between. So, how much are we talking about? Well, IONIQ Hybrid motoring starts with a base-spec 'SE' model priced at around £22,000 and you can add either £1,800 or £3,600 to that figure if you want plusher 'Premium' or 'Premium SE' levels of trim. If you'd prefer the Plug-in version, think in terms of prices in the region of around £28,500. That's also the kind of money you'll pay for the full-Electric version, following subtraction of the government's £3,500 grant towards purchase. That sum would buy you 'Premium' trim, with another £1,800 necessary to get the top-spec 'Premium SE' model. This revised IONIQ features Hyundai Blue Link, a connected vehicle system which uses embedded telematics to allow drivers of IONIQ Electric to remote start and stop, while all versions allow remote lock or unlock and control air conditioning via a smartphone app. This technology also allows owners of the plug-in or electric model to remotely check the status of their battery so they know when they need to recharge the vehicle. Thanks to Blue Link, charging can be remotely controlled and scheduled via the app.

You buy a car like this expecting exemplary running cost figures and, by and large, this IONIQ doesn't disappoint. The parallel hybrid version that most will want manages 78.5mpg on the WLTP combined cycle and 84g/km of CO2 (NEDC). That's not quite as good as a Prius, but it's not far off and, of course, an IONIQ is quite a bit cheaper to buy. Of course, there'll be few CO2 issues if you opt for one of the other two IONIQ powertrains. The Plug-in Hybrid variant puts out just 26g/km of CO2 and is supposed to be able to return a combined cycle reading of 130mpg - those figures based on NEDC calculations assuming that owners will be making full use of the 39-mile driving range potential provided by this variant's 8.9 kWh battery. That's significantly further than you can go in other rival Plug-in models. A pricier Prius Plug-in, for example, offers a rated 30-mile range. Charging an IONIQ Plug-in Hybrid takes 2hours 15mins using a 3.3 kW AC charger. What else do you need to know? The upgraded 182 mile WLTP-rated range of the full-Electric version? That's impressive. Finally, let's talk warranties. Most modern cars come only with an unimpressive three year/60,000 deal. With this IONIQ, in contrast, a much more complete peace of mind package comes as standard thanks to one of the best customer assurance plans in the industry. The Five Year Triple Care warranty includes five years of mechanical cover with no mileage limit, annual vehicle health checks and roadside assistance. That decent warranty will help residual values. There are also two, three and five year fixed price servicing plans to help keep your maintenance outlay down. 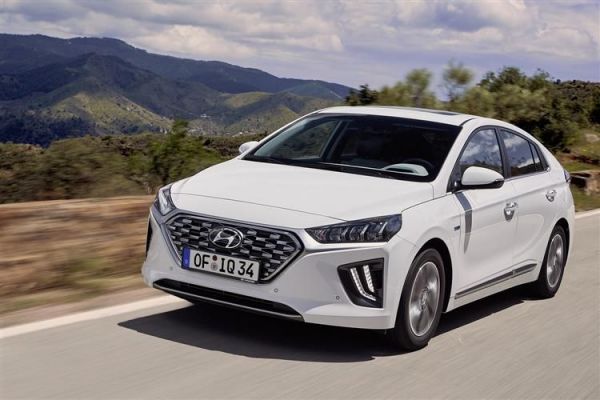 Hyundai clearly thought very carefully before launching itself into the eco-vehicle market and this IONIQ continues to look a strong contender. No, the parallel hybrid version isn't quite as clean and frugal as a rival Toyota Prius, but it's much cheaper to buy, nicer to sit in and offers a significantly larger boot. All tempting selling points. We're also impressed by the extent to which the brand has been able to increase the operating range of the full-electric version. It brings pure electric motoring that bit closer to being viable for more buyers. All in all, Hyundai has, here, provided eco-minded motoring at the kind of price you'd pay for something much more conventional. For a large number of family buyers, this car should merit a place on any shortlist. 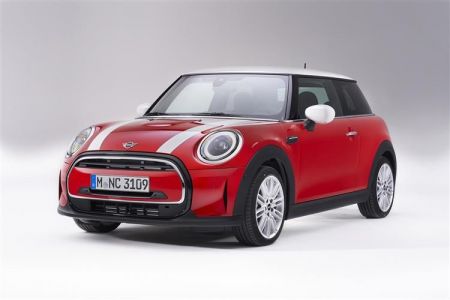 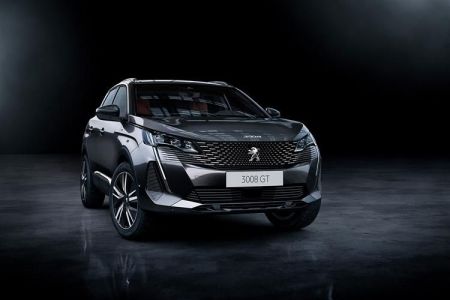 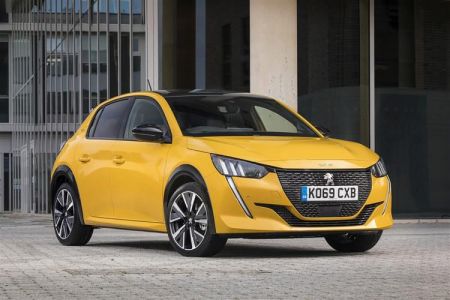